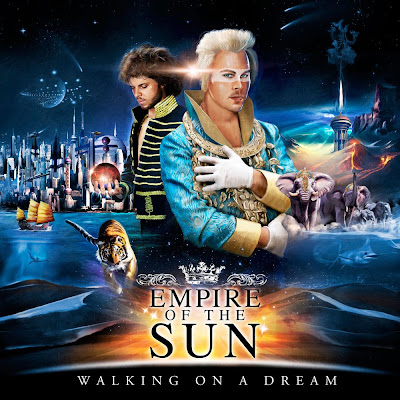 They Just Don't Make 'Em Like They Used To

Well, I used what time I was not at work this weekend to go see Rob Zombie's anticipated remake of Halloween II. I understandably had high hopes: Mr. Zombie did a surprisingly fine job with his treatment of the first installment. He demonstrated proper respect to John Carpenter's original while providing a fresh start for a tired franchise that has been mishandled for years. Anyone who saw H2O or Halloween: Resurrection knows what I mean.
Of course, by the same note, Zombie was tackling possibly the strongest entry in the series. While Carpenter did not take the director's chair for the sequal, he did provide a solid script for what he intended to be the finale of the series that gave one hell of a sendoff to our faceless voiceless killer. For some hardcore Halloween fans (including myself), Halloween II is perhaps the best film in the Michael Myers saga. This project was a tall order for Rob Zombie.
And I'm afraid Mr. Zombie failed. Don't get me wrong...the film was highly enjoyable. The latest Halloween is far superior to anything released under the same name since the dreadful Season of the Witch in 1982 (with the exception of Zombie's first remake, that is). In many ways, the film was worth the price of admission: Zombie demonstrates his usual impeccable taste in his selection of soundtrack (big ups for the strategic use of the Moody Blues during the horrific hospital scene), the gore factor, while gratuitous when used by most directors nowadays, is wielded effectively by Mr. Zombie, and moments of actual, visceral terror recurred with increasing frequency as the film built to its climax. But nonetheless, there was something missing....
...and it only took a brief revisit to the original Halloween to realize just what the missing ingredients were. First and foremost, there are some significant differences between the Michael Myers of John Carpenter and that of Rob Zombie. The remake treats us to a Myers that is a Jason Vorhees-style overkiller, complete with grunts and heavy breathing. Gone is the cold, mechanical efficiency with which Michael Myers dispatched his prey. The final result is a meat-headed, ham-fisted mouthbreather who seems to take pleasure in murder. The very thing that made Carpenter's killer so frightening, the soulless, passionless compulsion that drove the original Myers to his objective with undying, superhuman endurance is completely lost in Zombie's translation. Zombie's Laurie Strode does not possess nearly the same strength of character as the heroine in the original productions. The indominable will to live of Jamie Lee Curtis' Laurie led her to survive encounter after encounter with Myers, and she does not come away with the same twisted mental baggage we see resulting from the experience in Rob Zombie's remake. Also, the Dr. Loomis of the remake leaves something to be desired. It is hardly the fault of Malcolm McDowell, who was actually and inspired choice to play the good doctor. But it seems, much like Mr. Zombie himself, the new Dr. Loomis is too busy sympathizing with Michael Myers to effectively do battle with him. The Dr. Loomis portrayed by Donald Pleasance in the original Halloween movies did not want to apologize to Michael; he wanted to destroy him, and thought of nothing else. The single mindedness and slightly unhinged banter and manner of the original Loomis made him almost as creepy as Myers himself. He was ready to pursue Michael Myers to the ends of the earth, if need be, when any sane person would have gone the other way. Finally, letting us inside of Michael's head, while an interesting twist, did little to add to the story. The blank slate offered to the outside world by the Myers in the original films left us wondering just what, if anything, is going on in his head; Zombie's attempt to answer that question was quite underwhelming.
All in all, I would still recommend this latest production of Halloween II. Zombie's aesthetic is still impressive, which is a consistent characteristic of his films. By the same note, though, I will also recommend that, after you leave the theatre, renting the original so you can witness the work of a true master of the genre.
Postscript: Sequels That REALLY Sucked
1. Mad Max Beyond Thunderdome
2. Halloween III: Season of the Witch
3. Shawshank Redemption II: Return to Rapeland
4. Caddyshack II (ugh)
5. Die Hard II
Posted by That 70s Guy at 11:57 PM No comments: